I’m trying to be a lot nicer in this blog than I have been—after all, the world has enough negativity as it is, with millions of Americans pranking on Donald Trump by pretending that they’re going to vote for him for President. He already has to live every day with the gamma radiation that gave him that hair and those tiny baby-hands. Hasn’t he been through enough?

So I won’t be making any hilarious snarks today, like”I bet this looked really cool before it was melted in a Creepy Crawler oven,” or “Justin? Maybe you’re JUST-IN TIME TO MAKE GARBAGE-ART!”

Instead, I’ll focus on the positives. For example, it’s clear a lot of creativity went into this piece (PIECE OF SOMETHING, AM I RIGHT?? Sorry, sorry, last one). I mean really, who says that dinosaurs can’t have eight legs? Can science even prove that they didn’t? I’m assuming that’s a dinosaur, anyway—it’s clear that Justin didn’t feel artistically beholden to traditional imagery, perhaps taking inspiration from abstract artists like Cezanne or Picasso, or those elephants who paint flowers.

And why shouldn’t all the letters be smudged together like the J has really bad B.O., and all the rest are trying to get away from it? Maybe it does have bad B.O. It’s not like I smelled it.

Bonus points for the pricing, too—after all, it takes a real outside-the-box thinker to sell  this for three bucks.

Lizo used to borrow these tapes from the library all the time; they’re sort of like if Beakman’s World was less bad and was about dinosaurs. Cool, weirdo kids’ shows, with wacky hosts using puns (so many puns) to explain why dinosaurs are the best. There’s a whole bunch of them, like “Dinosaurs Dinosaurs Dinosaurs”, “More Dinosaurs”, and “Seriously, How Many F***ing Dinosaurs Are There Anyway?”.

This one wasn’t on YouTube yet, so here you go! END_OF_DOCUMENT_TOKEN_TO_BE_REPLACED 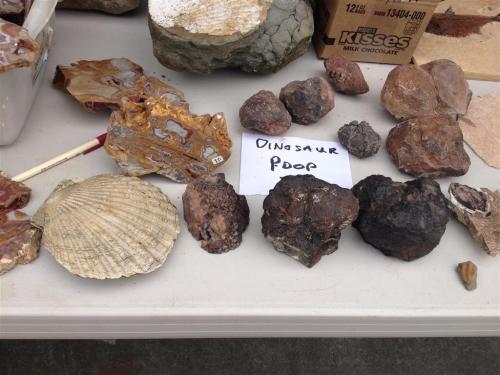 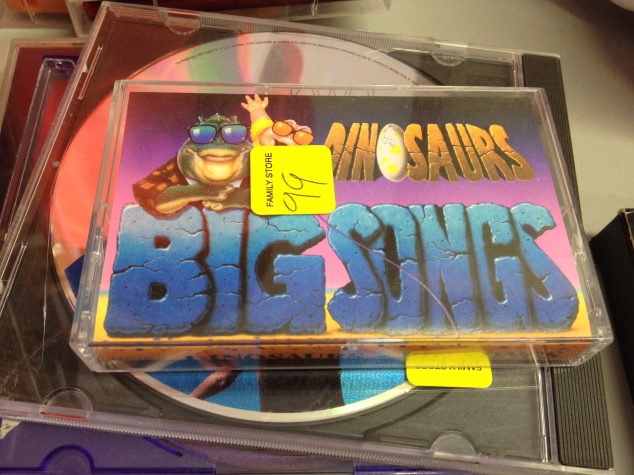 What songs could you possibly put on a cassette tape based on the hit 90’s television show Dinosaurs?

I’M GLAD YOU ASKED. These aren’t songs “inspired” by the show by no-name artists, or tracks of incidental background music, or even pop versions of the theme song sung by Chumbawamba and the Red Hot Chili Peppers (but man do I want THAT CD now), oh no. These are all-new, original songs, based on the series…

…sung by the f***ing dinosaurs.

I’m not even joking.