We had most of the Franzen Clan up here for T-Gives last week, and after our bellies were full of turkey, Jello, and pumpkin chocolate-chip cookies (and we had a chance to digest long enough to make room for blueberry pie in the morning), we were ready to fight the crowds at Black Friday.

…by which I mean we drove to Lowe’s for 99-cent begonias. And after that, there was only one store in all of north-central Ohio my family wanted to visit: 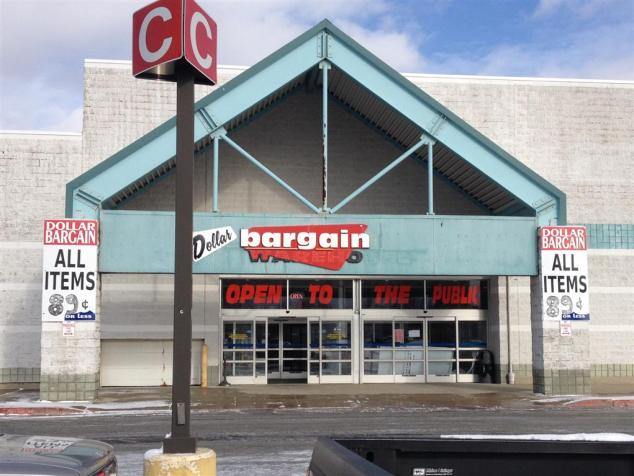 So that’s where we went.

I thought maybe they’d have some doorbuster deals of their own (although it’s hard to imagine how much lower they could’ve gone from 59 cents for everything, without just handing us a bag and saying “go nuts”); but no. In fact, we were virtually the only people in the store:

Hi Dad! He’s going to be so happy I put this on the Internet.

I ended up buying the mouse pad that I’d found earlier (it was sitting exactly where I left it two weeks ago, along with the cheap headphones I’d decided 59 cents was too much to buy). My mom ended up with an entire cartload of stuff, somehow managing to spend over $30 in a feat of shopping prowess I wouldn’t have thought possible. At least one of us braved the bathroom, which I only mention because 1) last time I was there, the only toilet paper they had was an old Wall Street Journal and 2) it was now floating in one of the toilets.

My brother, though, had the Find of the Day: 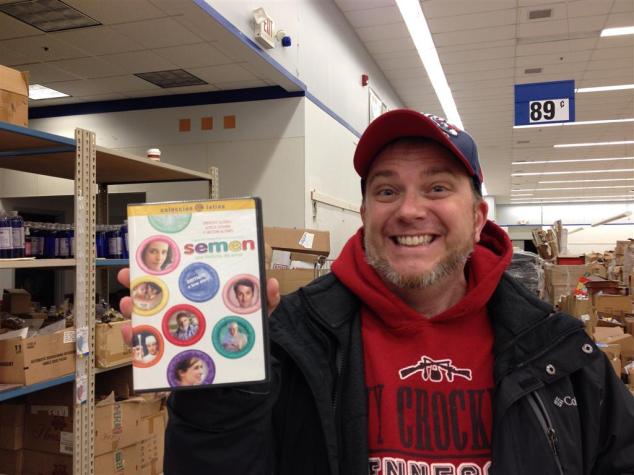 He was v. excited about his Spanish-language [censored] film. Here’s a closer look, so you can tell that yes, in fact, that is what it’s called: 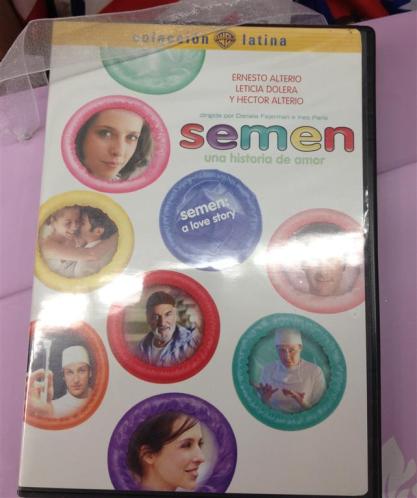 (We had to put it away real quick before our mom saw.)

My brother has a movie review website called Frothy Ruminations you should probably check out, especially if you dig my writing style; he’s the one who inspired me to start Writing on the Internet in the first place and—wait. WAIT. He has a movie review site, and I didn’t buy Semen: A Love Story for him to review??

3 thoughts on “Not Safe For Mom”