Sometimes it’s best not to try to figure out the story behind how a particular item ended up at a yardsale. For example, you might not want to know why, exactly, someone’s selling their collection of used bedpans. (Best case scenario: The homeowner likes peeing in buckets. Worst-case scenario? Grandpa’s gone to a better place.) You also might not want to know how so many “World’s Best Dad” mugs ended up on the 25-cent table. (Best case: He actually just is the World’s Best Dad and has an abundance of them; worst case: there is a sinister reason why he doesn’t deserve them anymore, and would you mind calling child services?)

I really really didn’t want to know why this young couple was selling a wedding dress (and matching shoes) for only $10:

So when they caught me looking at it with what appeared to be interest (but in reality was  me trying to surreptitiously take a photo without becoming known around town as “the guy who takes pictures of used women’s clothing”), I quickly bolted to the next closest thing and started stroking my chin thoughtfully—as though admiring a great work of art and contemplating Deep Thoughts, like “ah, the master brushstrokes are clearly indicative of the artist’s blah blah blah,” or “man, I really wish those people would stop looking at me.”

…which is unfortunate, considering what I was standing in front of at the time:

At that point I pretty much had to resign myself to moving.

(By the way…between this and the painting I saw a couple of weeks ago…is there some kind of tiny-headed epidemic that I should be worried about? Are the melon heads of Connecticut real? Is this why the election has mostly been about birth certificates and tax returns, rather than anything even remotely important—because people’s brains are literally shrinking?)

The rest of today’s finds were less embarrassing. …For me, anyway; I don’t think I’d ever want to admit to owning, for example…

At first, I thought this was a Halloween decoration—a haunted outhouse! How adorably spooky! Nope—it’s just an outhouse. A decorative outhouse, at that; you can’t even use it. (Not that I looked inside to see if anyone used it anyway.)

This particular sale was filled with all kinds of weirdo stuff like that. My favorite was: …what I can only assume to be Grandmother’s severed head on a Christmas tree:

They actually had two of them:

I managed to snap one more photo at this sale before I felt like I needed to run home and take a shower—though I had to circle the table about three times before I could muster up the courage:

The owner, to someone who was leafing through it thoughtfully: “She’s still embarrassed about it. This was before she had kids, you understand.” The asking price: $50. (After the person shook his head and walked away, I heard the owner muttering “Guess I’ll just put it up on eBay. Could probably get a hundred for it there, anyway.)

Google tells me that Madonna actually did write a book entitled “Sex,” but given its appearance I prefer thinking that this is a collection of the owner’s own perverse doodles. They probably all have tiny heads, too.

The other sales today were (thankfully) way less creepy. Some were even downright classy! 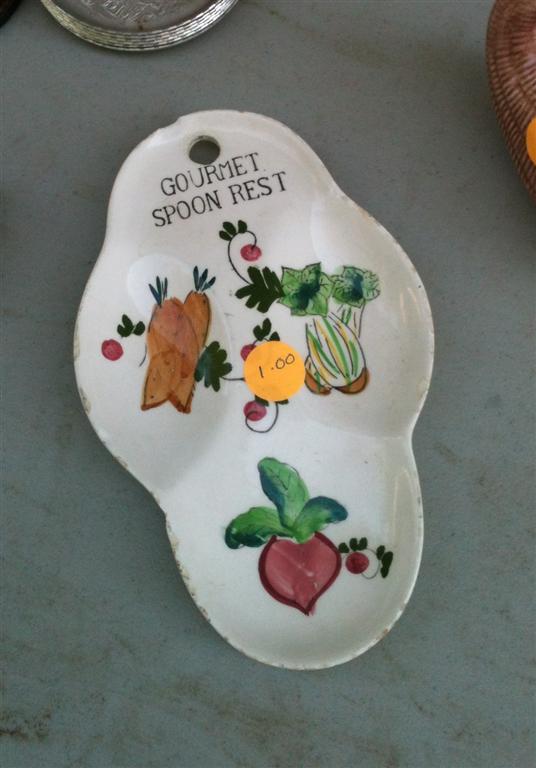 Others were…a little less so:

(This was from a sale with about a half-dozen angry men shouting at each other in a variety of colorful languages. Best-case scenario? None of them followed me home.)

And another was clearly just awesome: 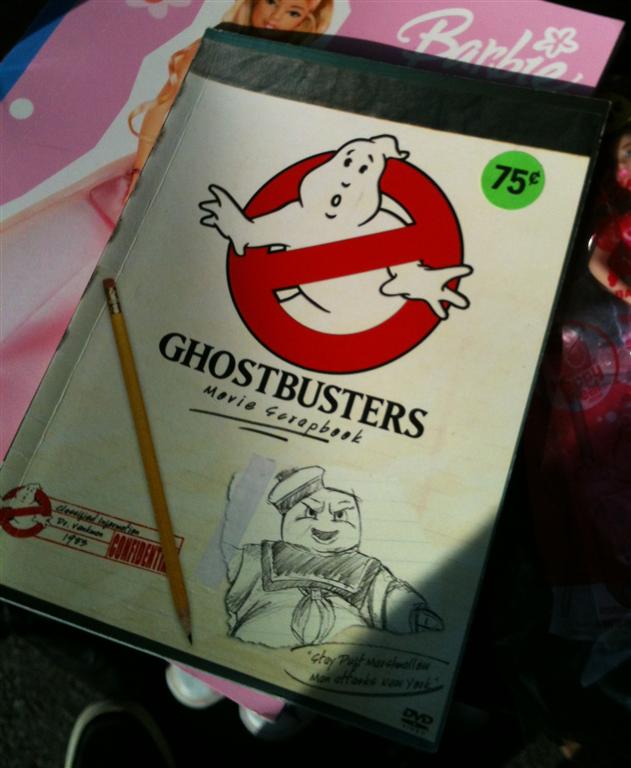 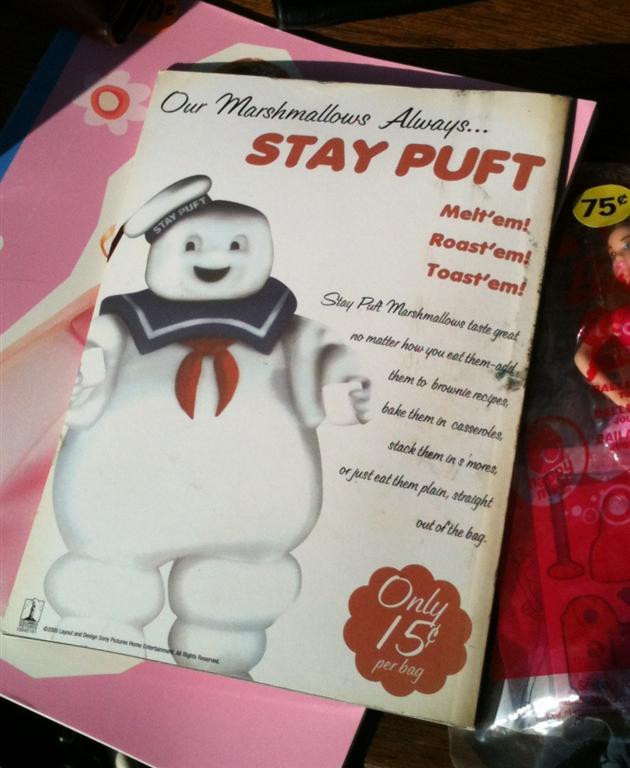 The final sale of the day (which also featured angry men shouting about, I’m totally serious, the practicality of cover letters—actual quote “what the f*** do you even need them for, you’ve already got their f***ing resumes”) featured this spread: 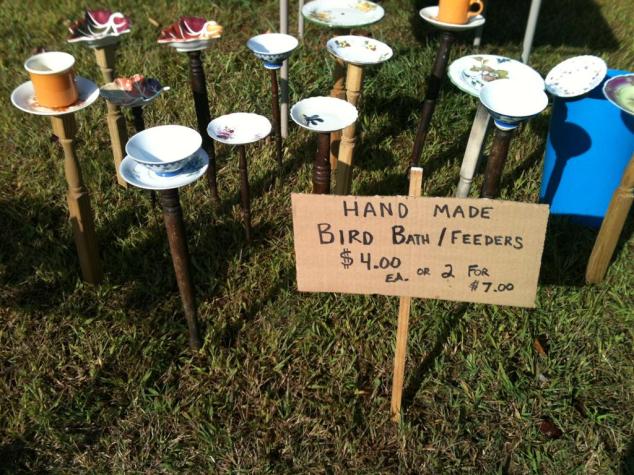 I gotta say—I’m a bit torn between “you’ve gotta respect the ingenuity of the American crafter in these tough economic times!” and “all you did was glue plates to bedposts; stop it”. F***ing cover letters.