And so the yardsale season comes to kind of a puttering end, as so often it does.

This week my wife Lizo joined me, for one of only a few times this season, because I believe she’s put off by just how much time I put into looking through people’s future-garbage. There weren’t a lot of nearby sales to choose from this week, and so we had a big decision to make—the kind that all couples have to go through at some point in their relationship:

We went with the latter, and while we didn’t actually buy all that much (more on that in a bit), we still managed to find a few choice products: 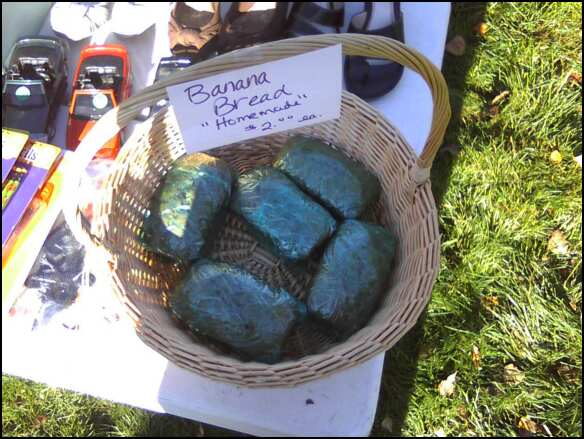 “Homemade” banana bread! I shudder to think of the meaning behind the quotation marks. Is it something as innocuous as “we actually just bought them from a store”? Or is it something more sinister, like “enjoy your loaf of razorblades, bloody-mouth!” We steered clear, for obvious reasons. 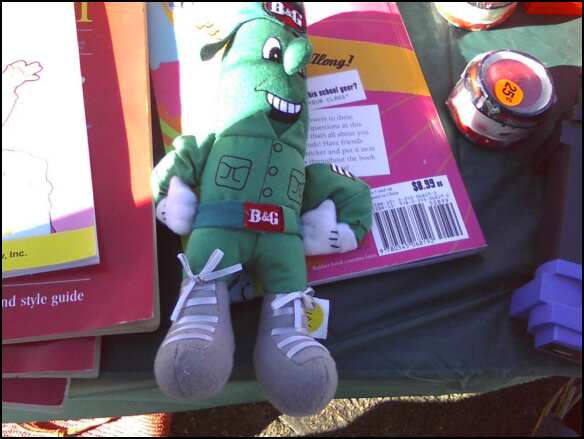 A cucumber dressed as an employee of B&G Foods! (Apparently I have a thing for food dressed up as not-food—check out this “deleted scene” from a previous post.) 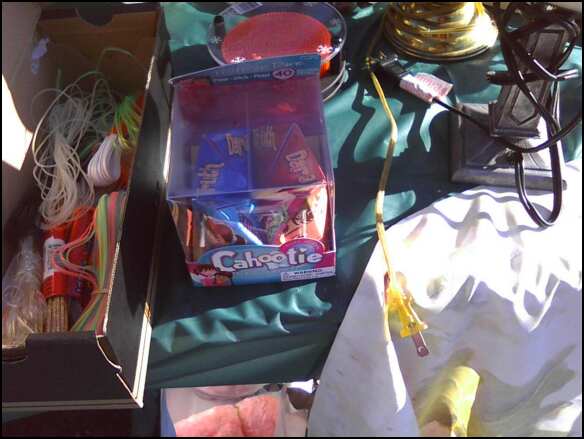 Cahootie! OK, this one will take some explanation. Cahootie, as Google tells me, is an official trademarked name for those paper fortune tellers we (and by “we,” I mean “girls”) used to make in elementary school—you know, the ones where you pick a number, and then move it around a little, and pick another number, and move it around a little, and then pick a color or whatever, and it tells you which member of N’SYNC you’re marrying when you grow up.

The Cahootie isn’t all that interesting in itself, but I wanted you all to share in my absolute horror that there’s a company out there manufacturing them and trying to sell them to our nation’s children. Half the fun of these things, I assume because I’m not a girl and certainly have never made one myself, is making them yourself! What’s next—are they going to start selling paper footballs, too? Paperclip chains? Pre-drawn doodles?!

I probably shouldn’t Google that, because they probably are. 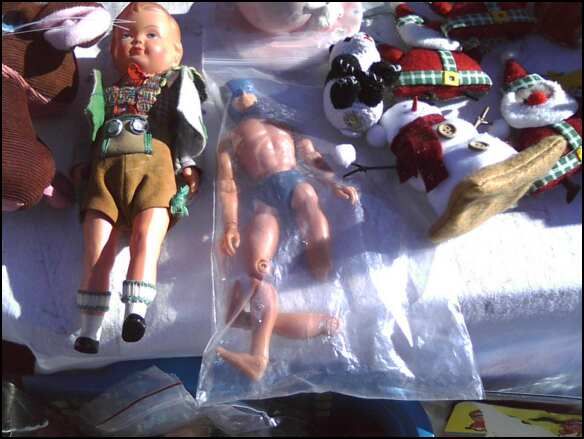 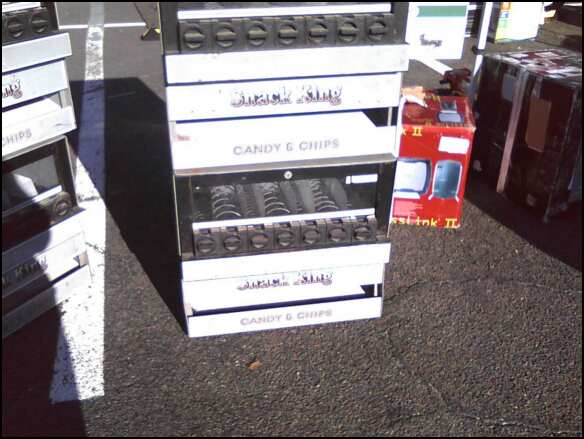 And a couple of antique vending machines! This guy was also selling new-in-the-box printers, scanners, and other electronic equipment, which is always a bad sign: it means the person is selling stock from his store or other type of retail business, and he’s going to be charging store prices, rather than yardsale prices. Too bad—I could’ve used one of those machines to store my “homemade” snacks. 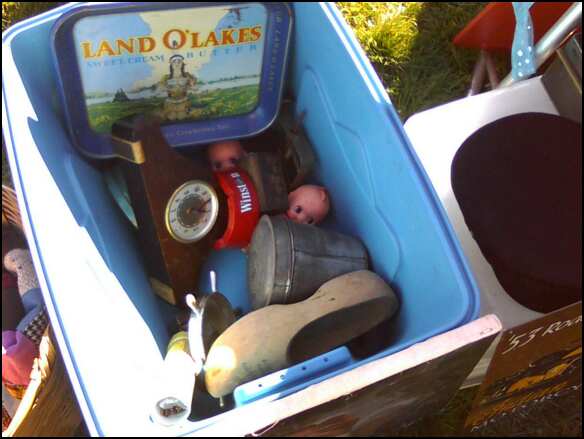 There’s nothing that weird about the contents of this box—I mean, yeah, I kinda wonder why someone’s trying to sell their used butter packaging, or a singular (ahem, sole) wooden shoe, but what captivated me the most about this box were the creepy, creepy baby heads peeking out from the bottom of it. “Help me, Paul, help me!”, they’re crying. “We’re being crushed to death by this clock!”

As for our actual purchases on this sojourn… After pooling together everything that both I and my wife purchased at the vendor sale—in all likelihood, I remind you, the last one I’ll be going to until next spring—here’s the sum total loot we came up with:

At least we put it to good use: 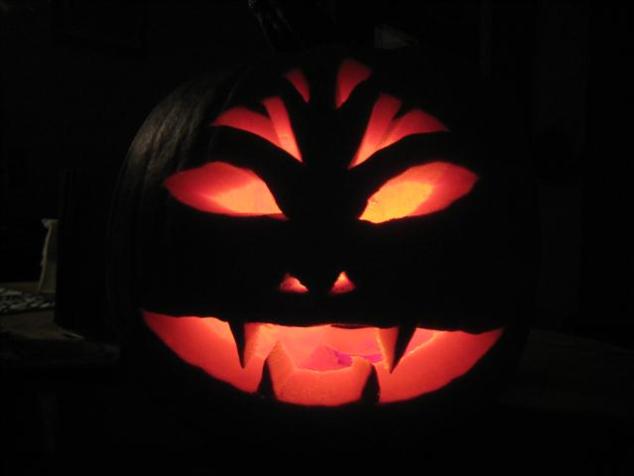 (Remember, if you want to submit any guest posts to Yardsaling to Adventure while I’m unable to sale next month, just drop me a line!)

One thought on “Season Finale”